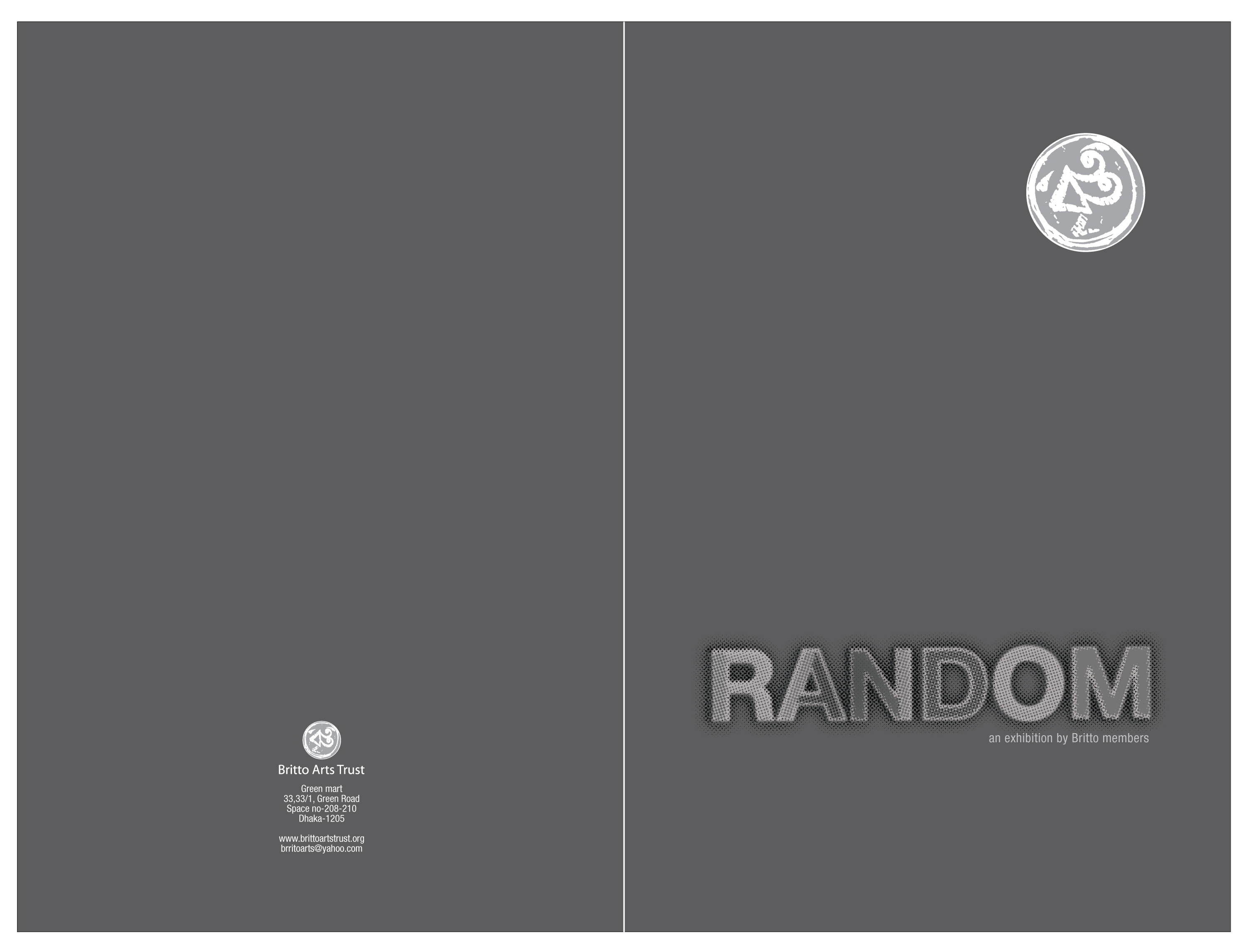 The ‘Space’ show in 2012 was dedicated to 10 years journey of BRITTO and inauguration of its new and permanent premises at Green Road with work of all Britto members. The second groups effort of the members was to create a large collective project in on month, a black and white wall mural inside Britto titled as ‘Overlapping’ in 2013. The last group exhibition of the members was titled as ‘Cross Casting’ – a project focused on cross gender casting in 2014. ‘Space’ and ‘Cross Casting’ both were curated by our in-house curator/ artist Mahbubur Rahman.

RANDOM is distinct to showcase the togetherness of this unit of artists from Britto once again vigorously but randomly.. The works are chosen without regard to any characteristics of the individual participants, so that each work has an equal chance of being exposed. The Character of the show is having a value that only can be depicted the prospect of the team-work over the years. 20 artists from different background have come up with 20 works to set up ‘Random’ – the fourth group exhibition by the members of Britto.